WHAT PEOPLE ARE SAYING;

"Fast, thorough and efficient! Jeff was amazing to work with!" 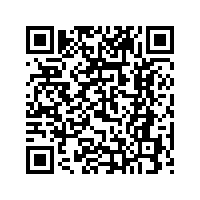 Jeff graduated from Appalachian State University in 1995 with a degree in Finance. He started in the Mortgage industry in 1995 as an assistant Underwriter and soon became a Certified DE Underwriter. Soon afterwards Jeff was originating and underwriting throughout the Charlotte area.


In 2000, Jeff became VP and Mortgage Loan Originator at Myers Park Mortgage, a locally owned and operated Charlotte Mortgage company, where he got his start originating.


Jeff has earned multiple awards and recognitions during his career, including the Chairman's Club, the Eagle Award  and most recently 5 Star Customer Service Award.


When Jeff is not hard at work, leading his new team, he is spending time with his wife, Courtney and three young daughters.

Call/text for any of your mortgage needs.